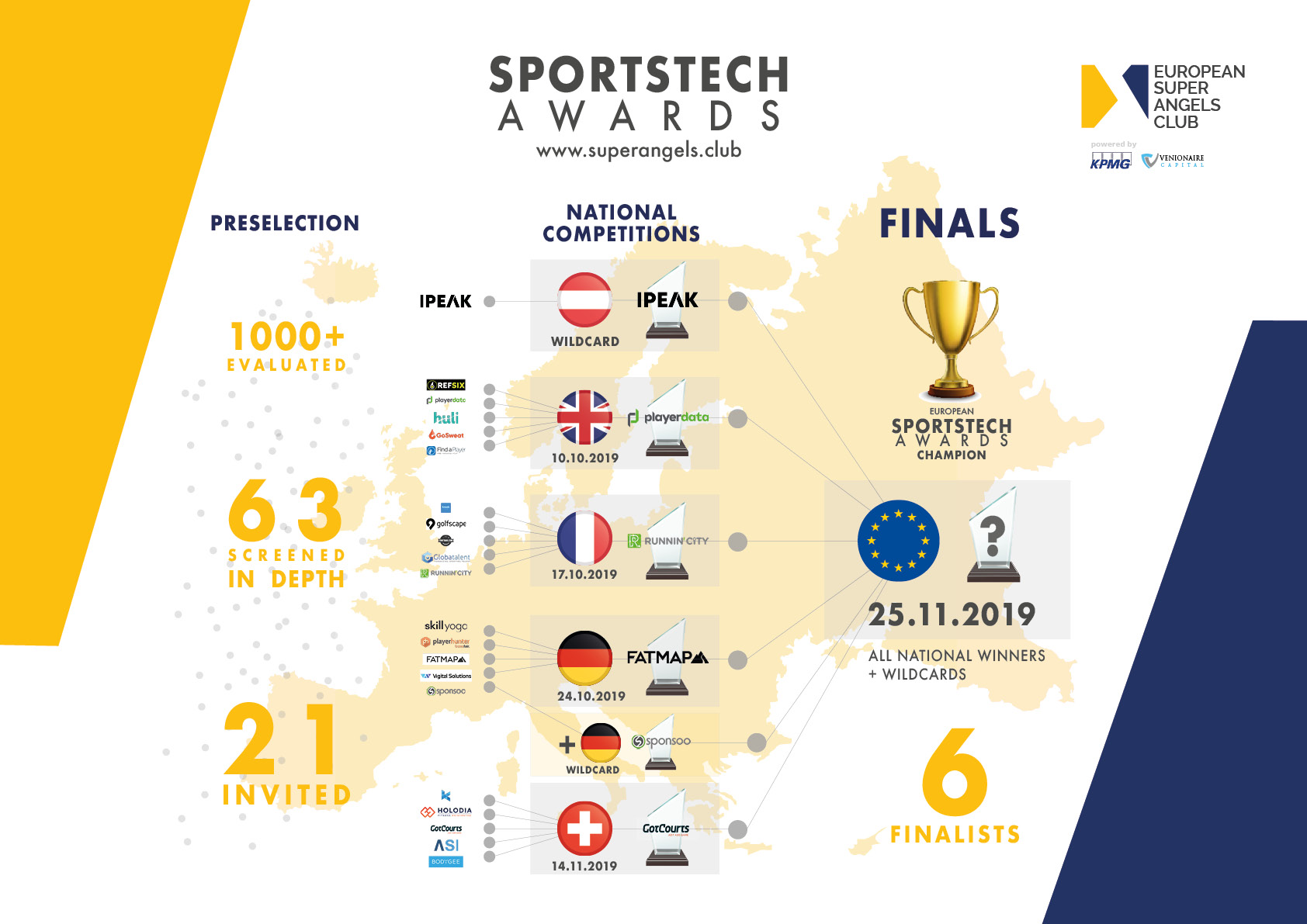 The European Super Angels Club (ESAC) is setting up what football achieved in the 1950s: A “super league”, in which national champions from Europe compete against each other. In figures, this means we evaluated 1.000 startups, out of which 63 were analysed in depth, 21 startups were invited to pitch live, and six finalists have been selected out ouf those 21.

Winning the European SportsTech Award is an achievement and members as well as startups are equally nervous about the finals on 25th November held in Vienna.

Our initiative builds a bridge and eventually aims to connect all European startup hubs. The European venture and startup market is still very fragmented, which is an issue for startups and investors alike. The best talents struggle to gain visibility on a continental level, while investors have a hard time finding strong co-investors. According to the KPMG Venture Pulse Report, the United States invested six times more ($52,7B) in the second quarter of 2019 than the whole of Europe ($8,7B).

We can only tackle this deficit through more collaboration. We shouldn’t argue if Berlin or London is the better hub. Europe should rather join forces and enable more talents to succeed within the continent! That is what European Super Angels Club aims to achieve. We are building bridges between hubs and award the greatest talents in tech year after year.

Expert Jury for the SportsTech Awards

At the finals, investors and sports fans will see all national champions pitch on stage and answer questions of our esteemed jury Alexander Lena, CEO of SportsWorld, headquartered in London,  Paul Schif, Managing Director of the Laureus Sport for Good Foundation in Germany and Austria, Thomas Kolbabek, Business Angel and Former CTO at Greentube, and Benjamin Penkert, founder of Berlin-based company SportsTechX. The jury, with help of the audience, will decide who is going to be the European Sportstech Startup of the year 2019!

PlayerData (UK Finalist) is a sports data service for amateur and professional athletes.

Huli is a route planner designed for runners, cyclists and hikers.

Refsix is an app for referees tracking data and statistics.

France was for the first time on our event schedule! In Paris, our jury members Etienne Boutan (Managing Director at Heex Technologies), Olivier Edwards (Senior Counsel at Orrick), and David Lambert (Partner at Angelsquare) choose Runnin’City as the winner. The company will present its smartphone app in Vienna, which enables walkers and runners to discover more than 200 cities around the world.

Runnin’City (France Finalist) is a smartphone app with which runners (and walkers) can discover more than 200 cities around the world.

Footbar offers a wearable for football players and provide them metrics about their performance.

Globaltalent is the first sports stock exchange enabeling fans to invest in their favourite club or athlete. 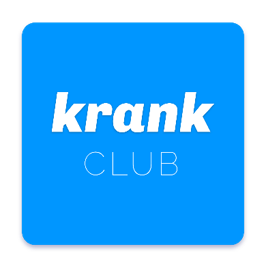 Krank Club is a mobile app that connects people to help them play sport together.

In Germany, the competition was so fierce that our jury, consisting of Benjamin Penkert (founder of SportsTechX), Dirk Ifsen (Stats Perform Group), Dr Marcus Hochhaus (Sporsthead) and Dr Christian Hensel (KPMG) had a hard time singling out just one startup! FATMAP, an outdoor adventure platform with over 3M users and a unique proprietary 3D global mapping technology was chosen as the German winner. However, Sponsoo also had a reason to celebrate. In an unprecedented gesture, the Hamburg-based startup was awarded a wildcard and will present their digital marketplace for sports sponsorship in Vienna.

FATMAP (Germany Finalist) is an outdoor adventure platform that brings together consumers with businesses, destinations and brands.

Sponsoo is Europe‘s leading digital marketplace for sport sponsorship. Sponsoo was awarded with a wildcard for the finals.

Skill Yoga is the first Yoga training system for a growing male audience looking for ways to practice Yoga.

GotCourts (Swiss Finalist) is the booking.com of racket sports.

ASI provides you with insights into your performance through their wearable.

Bodygee visualizes and tracks your body transformation in 3D.

The fitness app iPEAK was nominated by our board to represent Austria at the final. The startup is eager to become “the Instagram for fitness” and was already accepted in the program of the 360 lab accelerator.