In Madrid, it’s not just the climate which is hot. So is the innovation ecosystem and the European Super Angels Club stepping into the heat on 19 April. We will show you why to invest in Madrid is a good idea, also it’s easy with ESAC´s support!

Madrid’s startup scene is rapidly developing into a leading hub in Europe, with multiple factors such as engineering talent, the presence of world-renowned business schools, good value office space and an increasing cultural acceptance of entrepreneurship combining to make the Spanish capital one of the best places for European super angels to invest. Invest in Madrid!

The ecosystem is continuously growing with Tetuan Valley, Guiripreneurs and Impact Hub all hosting regular meetups as well as more formal incubator and accelerator programs such as SeedRocket, Wayra, Explorer and Mola.

Want to invest in Madrid?

According to data from Spain’s largest startup conference South Summit, 8 out of 10 entrepreneurs are planning to create a startup in 2018 and 90% of fledging companies will continue to increase their workforce in 2018. The main focus so far has been mobile apps which commands a 54.6% market share, followed by e-commerce with 24.7% and 10.5% in the leisure sector.

Indeed, according to the latest Startup Ecosystem Overview report, Barcelona and Madrid are ranked as the fifth and sixth top European startup cities, only behind the well-established powerhouses of London, Paris, Berlin, and Dublin.

Training in entrepreneurship and business management is increasingly common among Spain’s brightest minds, with many going on to form their own business according to the Deusto Institute. According to this organization “in the course, there are very specific professional profiles, but what they have in common is that they look for technical knowledge of how to manage projects and companies”.

60% of students have professional business experience before beginning their studies

Deusto Institute has also ensured that 60% of students have professional business experience before beginning their studies which means they have met the practical challenges of working in a business before studying them in more depth.

AEBAN currently has a total of 38 Business Angels networks with headquarters in 11 Autonomous Communities. These networks, in turn, comprise close to 2,000 investors who in the last year mobilized resources worth € 40 million.

According to UNCTAD, Spain is the 5th largest recipient of FDI (Foreign Direct Investment) stock and the sixth largest investor in the European Union.

Investment in startups in the technology sector grew by 45% in 2017 compared to the previous year, according to a study by Mobile World Capital. Investment totaled 779.3 million euros in 2017, a figure that places Barcelona and Madrid on the list of the top 10 European cities with the most investment in startups. Specifically, they occupy the fifth and ninth positions, respectively, in a list led by London, Berlin, and Paris. Barcelona totals 58% of the investment in Spain, the only country in the European Union that has two cities in the ranking.

The study presented together with the 5th edition of the 4YFN meeting organized by Mobile World Capital, made an inventory of 3,258 startups in Spain last year, a 20% increase on 2016. 34% are based in Barcelona, 31.5% in Madrid, 5.5% in Valencia and 3% in Bilbao. In terms of volume of companies of this type, the Spanish capital is the 6th in Europe, with Barcelona ranking 5th out of a total of 78 cities.

This ‘startup co-capital’ feature of Spain is “exceptional in the European ecosystem” according to the director of 4YFN, Esteban Redolfi, who has called for “strengthening the bridges between both cities.”

Invest in Madrid with ESAC

INVESTING: a pan-European network of investors to collectively compete with the funding power of the USA and Asia.

SCALING: corporate innovation partnering with start-ups to help them scale across the continent and beyond.

CONNECTING: by tearing down geographical, industry, and technological barriers to exchange ideas, knowledge, and opportunities among our members and corporate partners.

Interested in our roadshows? Read about our last Roadshow in Vienna

Partnering with Wayra Madrid, we are delighted to present our first roadshow in Spain, it will be held on April 19th at Caixa Bank dayOne.

The objective of JME Ventures is to invest in about 8 companies a year with the potential to be an exit of 100 million euros over a period of 5-7 years.

Samaipata is a European venture capital fund with offices in Madrid, London and Paris, specializing in marketplaces and vertical brands in pre-seed and seed phase in Southern Europe, France and the United Kingdom. The fund is led by José del Barrio, founder and former CEO of La Nevera Roja until its sale to the Rocket Internet group in 2015, and by Eduardo Díez-Hochleitner, Chairman of MásMóvil, former partner of Apax Partners and a business angel of recognized prestige, among other positions of his long career.

After two years of operations, Samaipata has invested in 10 companies and made its first exit with the sale of its stake in the French company FoodChéri to the multinational Sodexo.

Samaipata´s objective is to be the first institutional investor of startups and accompany them in the following rounds of financing, supporting management by helping to attract top-level talent and investors that provide value beyond financing.

Their average initial ticket is € 0,4 million and they participate in accompanying rounds (or follow-on) up to a maximum of € 3 million. 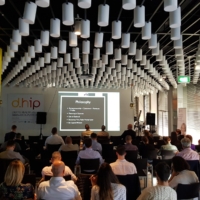 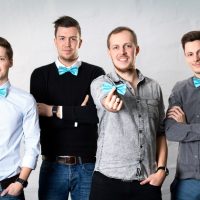 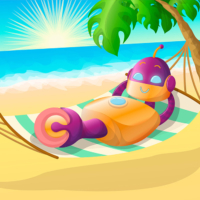 A.I. will get hot this summer 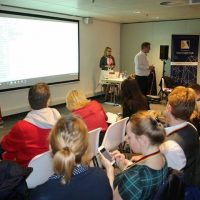 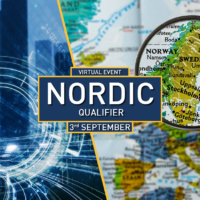 A NORDIC REGIONAL QUALIFIER IS SET TO TAKE PLACE ONLINE 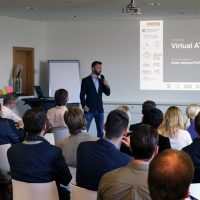 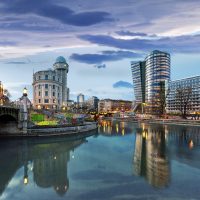 Who will be crowned the European E-Health Champion 2018?
Wayra is the fast track into Telefónica

DayOne – the new division of CaixaBank for Startups
Scroll to top